Diposkan oleh admin
cdcindonesia.com - Morning enthusiasm for all job seekers, here is information on job vacancies coming from one of the banking companies belonging to Central Java in Indonesia, namely:PT Bank Pembangunan Daerah Jawa Tengah - BPD Jateng or known as Bank Jateng is a rapidly growing regional government-owned company in Indonesia, based in Semarang Central Java and running a business in the general banking industry. Bank Jateng is a regional development bank of Central Java Province. Bank Jateng is owned together by the Government of Central Java with all the Government of City / County in Central Java. As at the end of December 2017, the Central Java Provincial Government holds 56.42% shares in Bank Jateng. The other 43.58% remaining shares in Bank Jateng were owned together by the Regency and Municipal Governments in Central Java Province. Started to establish since April 1963, Bank Jateng now has 36 conventional branch offices, 124 sub-branch offices, 169 cash offices, and 781 ATMs. Bank Jateng also supported by 5 sharia branches, 14 sharia sub-branches, and 12 sharia cash offices (as of December 2017). Bank Jateng's head office is registered at Jl Pemuda 142 Semarang.In terms of financial performance, Bank Jateng recorded a satisfying financial result in the business year of 2017. Total loans in 2017 worth of Rp 42.45 trillion, or up 17.39% from Rp 36.16 trillion in 2016. Referring to its annual report, Bank Jateng booked a total net income of Rp 1.19 trillion in 2017. This total net income represented an increase of 21.49% from the previous year of Rp 980.77 billion.
At the moment, PT Bank Pembangunan Daerah Jawa Tengah is looking for highly qualified and self-motivated candidates to join as:

For more detail information, please refer official source from Bank Jateng on following the link below. If you consider that you are the right candidate, please register and sign in to the Bank Jateng e-recruitment website with a link as follows.
Apply Online
Your application will be kept as strictly confidential. Only short-listed candidates will be notified. 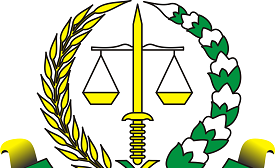